Does your party game group need an INTERVENTION?

Intervention is a re-implementation of the party game True Colors, first published back in 1989.  The idea is, a funny question is asked about the people playing, and you vote for the "player most likely to..." while simultaneously guessing what the others will say about you.  It's an interesting social exercise in anticipating how you are perceived, and has potential for humor - and for hurt feelings, if players are sensitive.  The original True Colors featured questionable questions like "Whose body would you most likely recognize in the dark?", but more recent versions (the game is still available to this day!) have succumbed to political correctness, and are more tame.   Collectors still seek out the old version rather than buy the latest one. When I last played the game, a somewhat similar game called Boxers or Briefs was all the rage, and its cards were enjoyed more than True Colors' by my players.

Sensing a desire to return to the True Colors of old - or perhaps just influenced by Cards Against Humanity (the question cards are even white on black!)- Weekend Warriors, LLC has produced an amped-up game you probably won't want to play with your family.  Not only are the questions juicier, but the voting cards make more sense - for predicting how many votes you will receive, gone are the 0. +, and +/- cards of True Colors, and instead are cards that simply say NONE, MOST and SOME - no need to resort to arcane symbols if everybody reads English.  Voting booklets replace the free-floating voting cards of the old game, and make setup a lot easier (no need to sort out the voting cards with all the various colors relating to the various players.  Also, no little colored clothes pins for your players to forget they have on and accidentally wear them home.).

Intervention is a big improvement on its predecessor and the people I played with liked it a lot, and said so repeatedly.  The game will shine with groups of thick-skinned friends who know each other well and have lots of stories to share. I really liked all the game variations that were included in the print and play version.  We opted for the "Quick and Dirty" version (no keeping score) with "Full Frontal Disclosure" (everyone reveals their votes at once, rather than voting by secret ballot.)  The questions are mostly very good, and an improvement on True Colors.  You can see examples of the questions in the Print and Play version available at the web link below.  The finished game is to have more than twice as many questions - the designers are still polishing the content.

Intervention is a game I recommend, and hope to play again soon.  It's the antidote to the boring party game. Check it out at http://www.playintervention.com/ and be sure to pledge in the Kickstarter: http://kck.st/1srQy3k 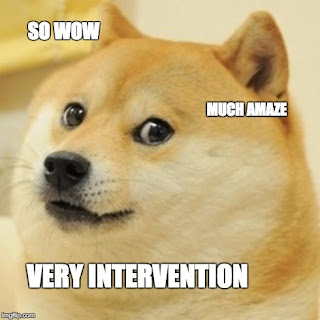 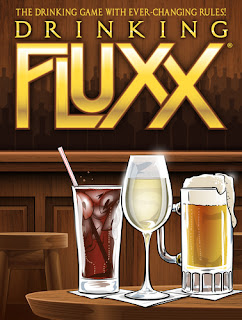